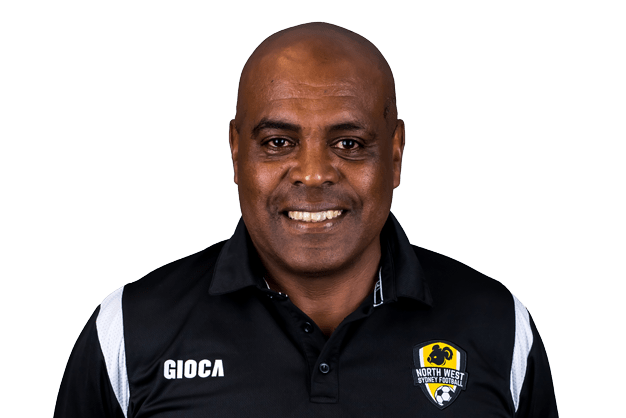 Gerry Gomez (born 18 August 1960 in Puntarenas, Costa Rica) is an Australian former Association football player who played in Australia’s National Soccer League for Sydney City, Marconi, APIA-Leichhardt and Parramatta Eagles.[1] He also represented the Australian B Socceroos in 1985 at the world series club tournament, playing against English Club Tottenham Hotspur at the Melbourne Cricket Ground and Brazilian Club CR Vasco da Gama at the Sydney Cricket Ground.[2] While at Marconi, Gerry was on the winning side in two Grand Finals in the 1988 and 1989, but was sent off in the first of these against Sydney United.

Gerry lives in Sydney is married with two daughters, the youngest who is a rising and promising footballer.[3]

Towards the end of his 14 year playing career, Gerry founded a football coaching business called Sydney Soccer Football Academy,[4] which focuses on building the skills of young players, preparing and introducing them to elite level competition. He also coaches for a range of schools and football clubs.