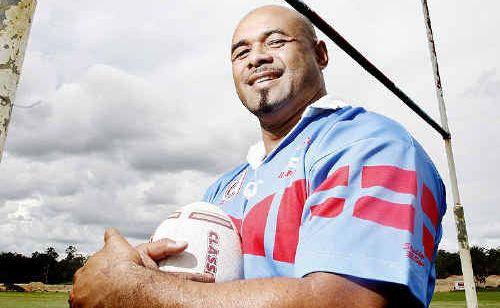 As a player, Tonga was recognized as a powerful front-row forward, He played in the NRL for Sydney Roosters and Canterbury Bulldogs, and was noted for his damaging running ability.

In his time at both clubs, Tonga had played only a handful of NRL matches, and spent most of his time at the Roosters playing for the club’s feeder team, Newtown.

After a wayward youth and a stint in jail on an assault charge, Tonga rose to become an NRL player and now coach of the Tongan national side. It was in Woodford Prison as a young man in 2000 that Tonga met Australian former rugby league hooker and pastor Noel Gallagher. The meeting changed Tonga’s life. Tonga, now a gentle giant, says youthful pride was the problem in his early 20s and when he came out of jail he thought his career as a footballer was finished. A stint in park footy with Browns Plains followed before his meteoric rise from Easts Tigers to the NRL with the Bulldogs in 2005. Two seasons with the Roosters followed, but re-discovering his roots and helping others became a large part of his life.

Tonga won an Ipswich Rugby League title with Swifts in 2011, and retired from playing soon after.