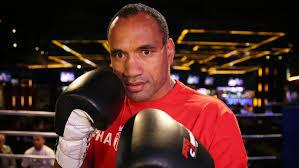 In rugby league, his preferred position was second-row. He played in the NRL for the Manly-Warringah Sea Eagles, the Canterbury-Bankstown Bulldogs, the Balmain Tigers, the St George Illawarra Dragons, and in the Super League for the London Broncos/Harlequins RL. Haumono played at representative level for New South Wales and Australia. He also captained Tonga.

Haumono made his first grade debut for Manly-Warringah in round 11 1994 against Balmain, coming off the bench in a 42-0 victory at Leichhardt Oval. In 1995, Haumono featured heavily in the Manly side which won the minor premiership having lost only 2 matches all year.

Haumono resumed his boxing career with a first-round knockout on 7 March 2007. He began training under well respected trainer Johnny Lewis who has assisted Haumono in reaching his 14–0 (all by K.O) record in the heavyweight ranks]. He fought Cliff Couser on 27 August 2008 and won the fight by unanimous decision. He fought Colin Wilson on 11 March 2009 with the fight going to a draw after ten rounds. Solomon won his next fight by disqualification on 16 May 2009 against Royce Sio (1w-0l-0d). Haumono was floored in the eleventh second of the first round by a right hook from Sio, but Sio then leaned down and hit Haumono again while Haumono’s back was on the ground, leading to an instant disqualification. Haumono was back on his feet a few seconds later.

Haumono fought Justin Whitehead on 16 August 2009 and lost for the first time in his career by split decision. He defeated Michael Kirby by tenth-round TKO for the OPBF Heavyweight Title on 18 September 2009, and became the Australian Heavyweight Champion after a tenth-round TKO of Frankin Egobi in Melbourne on 7 September 2012.